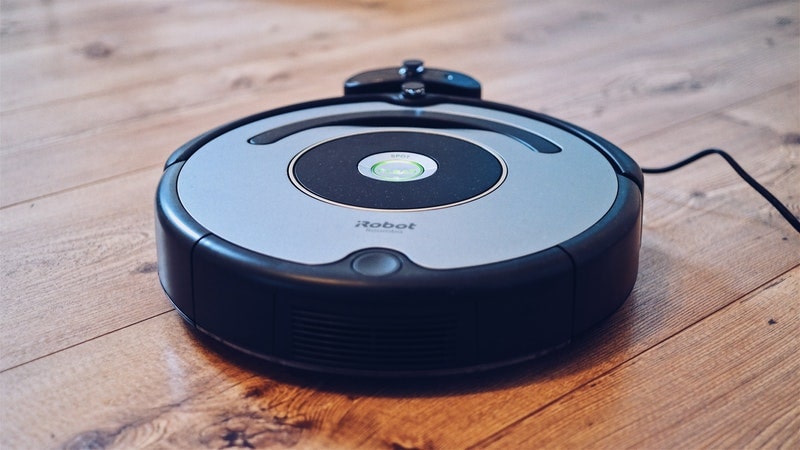 Some of the Roomba vacuum models are so similar, you may not see much of a difference other than price right at first. However, each model has unique specifications that make it different from another model. With that in mind, we decided to review the Roomba 650 and Roomba 655, two of iRobot’s vacuums from the 600 series.

While you could assume that they’re fairly similar, since they’re in the same series, there are some differences you’ll want to know about. That’s why we’ve created a detailed review and guide to these two iRobot 600 series vacuums; then, you can see which will be the best for you.

With your Roomba 650 purchase, you’ll get

iRobot Roomba 650 vs 655 Power and Performance

Housekeeping can be an incredibly time consuming process even with the best vacuum out there. One of the reasons people love robot vacuum cleaners so much is because they reduce the amount of time spent on that particular chore.

While the newest Roomba vacuums use rubberized extractors to sweep, the 600 series does not; you’ll find regular brush rolls instead of extra bristle brush and other extra accessories for hard to reach ares. The iRobot Roomba 650 model cleans by way of flat brush alone, while the 655 uses both the flat brush and the round brush. Flat brushes will sweep, while round brushes do more actual picking up of debris.

Most people assume more is better, right? With that in mind, you’d assume that having the flat brush only would take the Roomba 650 out of the running. However, you might be surprised at how the cleaning tests turned out.

When we tested the iRobot Roomba 650 vs 655, we tried all different surfaces: hardwoods, tile and stone, and carpet. They both did a good job, but nothing to write home about.

With that in mind, if you’re looking at an entry level robot vacuum, this is standard performance. Changing from different surface types didn’t present any problems, either.

Our advice for pet owners is to opt for the 655 Pet Series Roomba. That’s because the rubber brush makes maintenance much easier (in particular, getting pet hair off the brush). You won’t have to pull long hairs from around a side brush as that is often time consuming and difficult.

If you have long hair or someone in your household has long hair, it may also be worth purchasing the 655 as well. As you go throughout the day, hairs fall out and collect on the ground no matter where you are. If you’re spending most of your time at home, however, most of the fallen hairs will land somewhere in your home for your robot vacuum to pick up. The rubberized brush is less likely to get tangled and stuck when vacuuming up the long hairs and may be a better option.

While both Roomba 655 and Roomba 650 include sensors to find dirt to clean, they both also sometimes miss a spot or two.

Since they both have side brushes, both models do a good job keeping edges clean too. You won’t find strange streaks or obvious missed dirt spots after the robot vacuum cleans with dirt detection and iAdapt navigation.

Both vacuums work very similarly, and do a near equal job. With that said, the 655 does come with more tools, and is therefore our winner on cleaning performance.

Both of these robotic vacuum cleaners are pretty easy to setup. The process is straightforward and simple so you don’t have to spend several minutes trying to get your little vacuum started. Both robot vacuums use an easy button press that is pretty intuitive. Once you’ve turned your robotic vacuum on once, there’s no way you’ll forget how to do it in the future.

If you’re really worried about doing the wrong thing or pressing the wrong button when starting your new robotic vacuum, both of these models come with user guide’s that will very clearly and helpfully explain how to set up the device. If for some reason you don’t have a user guide or lost it, you can always search online or even iRobot’s support team website for help.

Since they come from the same series, you can expect the navigation for the Roomba 655 and Roomba 650 to be fairly similar. In fact, it’s pretty much the same, and they both just kind of just run around randomly, unlike the more recent Roomba series. Luckily, they both have ‘bumper technology’ to help since they run into many objects.

The Roomba 655 doesn’t seem to have many issues getting stuck, while we did notice that the Roomba 650 does get stuck sometimes.

As we mentioned earlier, they do have dirt detection sensors and iAdapt navigation, but the Roomba 650 comes can run out of battery life quickly when it doesn’t realize a spot has been cleaned. Since they both miss areas on occasion, you’ll still need to do a little clean up yourself.

It’s also important to make room for the Roomba 655 and 650 roomba to clean, since their navigation isn’t very advanced. For example, the Roomba 650 might not be able to dock and full recharge at the home base if something is blocking the ‘view.’ However, the Roomba 655 still seems to do fine either way. Roomba 655 is the best with auto docking feature if you put the auto docking station in a clear corner of the room and make sure nothing falls or gets knocked into the way.

Both of these Roombas include a virtual wall, so you can keep them out of certain areas. They also come equipped with edge sensors to keep them from tumbling down the stairs. However, you can’t program them to clean multiple rooms or even an entire level; you’ll have to move the Roomba to where you want it to clean.

The navigation instincts on these devices aren’t top notch. The Roomba 650 comes known for being a bit difficult and struggling to know where it’s at in the house. The virtual walls help a bit, but it certainly won’t keep it from getting lost at all times. You may have to spend more time “babysitting” or watching over your robotic vacuum than you thought, but as long as it is running in an area with few obstacles, it should do alright.

Neither the Roomba 650 655 Roomba uses a HEPA filters, although both do use the Aerovac filtration system. With hepa filters, it’s designed to keep allergens in check in a similar manner but hasn’t been approved to the same standards. If you or someone in your household has severe allergies or asthma, it may be worthwhile to consider robot vacuums with a better filter.

Filters do need to be replaced every 90 days or so, to keep your Roomba working with optimal advanced power system. However, the filters are washable, which is convenient too. You’ll be able to wash the filters several times before you have to buy new ones, but it will need to be done eventually.

Roomba 650 vs 655: Both the Roomba 655 and Roomba 650 have the same suction power, and therefore use the same amount of energy. The Roomba 650 can run for about an hour on the Nickel Hydride battery, while the Roomba 655 uses an XLife Extended Life battery. The 655’s battery life is also going to last longer before a replacement is needed, and will clean for a lot longer. You can expect several rooms to be cleaned before the battery life gets low, and it takes less time to charge.

This is a no contest win for the Roomba 655.

The Roomba 655 and 650 roomba have a fairly large dust bin capacity, although it’s the same for each model. However, it’s really not big enough to take care of huge homes and high traffic areas. Most people may use them for spot cleaning performance, so that’s not an issue. However, neither includes an indicator to tell you when the dust bin is at capacity.

The problem is that you more or less have to guess as to when the bin is full because they don’t have a full bin indicator. In effect, you’re not really sure just how long the vacuum can keep going without being emptied. While that may not be a huge deal, it can be bothersome, since you need to ensure the bin is empty before each cleaning. There’s no shortcut for emptying the bin either, it all has to be done by hand.

Both of these 600 series Roombas allow you to pre-program cleaning schedules every day of the week, at times that you specify. This means that once you’ve set your Roomba 650 or 655 robotic vacuum up, you don’t have to remember to turn it on every day and make sure it gets the right rooms of the house.

Another thing Roomba 650 and 655 both do is self charge. However, as previously noted, they may have trouble making it to the docking station. The nice thing is that they self charge when the battery is low; the downside to that is that there isn’t any light or alert to tell you when they’re fully charged. You’ll just have to trust the vacuums.

The Roomba 655 has a Cliff Detection feature that sounds more intense than it actually is. In reality, the Roomba function serves to prevent the robotic vacuum from falling down the stairs or sliding under a high railing. This will protect your little Roomba vacuum from potentially destructive falls.

Both of these robotic vacuum models have the ability to set up virtual walls. This allows you to program your Roomba 650 or 655 vacuum ahead of time and decide which rooms and areas you want to be cleaned. It also allows the vacuums to move around smarter and more efficiently.

Unfortunately, as mentioned above, the Roomba 655 does not have a full bin indicator to let you know when the bin is full and neither does the Roomba 650. Instead of hearing or being told when the bin is full, you’ll have to remember to check it after every time it finishes cleaning. This slightly defeats the purpose of having an automatic vacuum, but it’s not that big of a game changer or deal breaker.

These days, you don’t just want a robotic vacuum that’s functional, but one that looks nice too. The good news is that all of iRobot’s vacuum cleaners have a sleek design and are appealing to the eye. The simple build is attractive and makes it easy for the robot vacuum to move around the house and under furniture.

Unfortunately, the iRobot Roomba 650 model is quite a bit heavier than the Roomba 655 model at just under 12 lbs, while the Roomba 655 weighs in at under 8 lbs. This wouldn’t make much of a difference, except that neither the Roomba 650 or 655 vacuum can go from room to room; in short, you have to carry it, and lighter is better.

When it comes to run time, the Roomba 655 has the upper hand. The enhanced batteries give it an 80 to 90 minute runtime whereas the Roomba 650 only runs for about 60 minutes.

There are plenty of things to consider, but it really depends on you and what you need in a vacuum cleaner. There’s no doubt the Roomba 650 is a great pick (it’s one of the all time best sellers). That said, the Roomba 655 is a more self sufficient upgrade that doesn’t need as much babysitting.

If you have a busy house with pets and kids, you might find yourself leaning toward the Roomba 655 for the extended battery, extra tools, and all around less maintenance it offers.